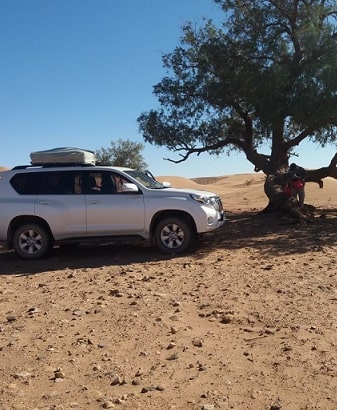 Best time to do a Morocco desert tour

Morocco Sahara desert trip: what is the best time of the year?

Whether you want to make a Merzouga desert tour, an excursion in the dunes of Erg Chegaga or a Sahara tour with a night in M’hamid, the best period is the one from September to May / June.

This is not a secret: during the summer (July and August), temperatures in the Moroccan desert can reach up to 50 ° in places. Even at 45 degrees, an excursion into the Sahara for those who are not used to such high temperatures, may require some effort.

We therefore recommend a stay in the Moroccan desert between September (or mid-September) and until June (mid-June).

It is possible to plan an excursion and even to sleep in the Moroccan desert during the summer, July and August. Some travelers go to Merzouga during this period or to M’hamid and Erg Chigaga. However, the stay in the Sahara during the summer is not usually of a long duration (one or two nights).

Morocco desert camp: where to go during the summer?

During the summer a number of Morocco desert camps do not welcome travelers (during the hottest month). But most remain open and it is possible to book your stay in a traditional nomadic camp whether in Merzouga, Zagora, Erg Chigaga, M’hamid …

The Morocco desert tour during the summer: our advice

For those who want to discover the desert in summer, we recommend providing enough water for the trip, light but long clothes to protect from the sun, sunscreen, sunglasses, sprayer … You can get some turban to cover your head and face on the spot at a very affordable price.