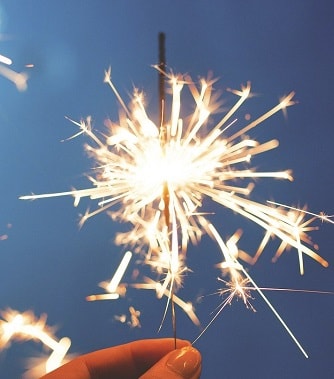 New Year’s Eve Morocco desert: a celebration under the stars!

We are a little over a month before New Year’s Eve. Some have already planned to celebrate the New Year with the family, others are looking for original ideas.

Many of us dream of wishing each other a Happy New Year in an exotic setting, in an unusual place, a place we will only visit once in our life. To offer a trip as a gift, to share with others, unforgettable discoveries and human encounters, a break in our daily life, memories, experiences, here is what many would like.

Christmas and New Year in Morocco: Marrakech and …?

A recent study of travelers has shown that one of the most popular long-haul destinations for Christmas holidays, after New York, is the city of Marrakech.

Morocco is a country whose tourist influx is very important during the Christmas and New Year. Many of us probably enjoy Christmas and New Year’s Eve in the sun. The destination of Marrakech is in 2nd place after the city of New York. In Marrakech, you can spend New Year’s Eve in exceptional riads, restaurants in which dinner is accompanied by a show …, even in Agafay where luxury camps offer a dream program in the Marrakech desert.

If the regular flights to Marrakech allow a perfect service of the city and thus an easy organization of the holidays in Morocco, the country offers a lot of possibilities of escapade and an original New Year and out of the ordinary.

Originality and authenticity: New Year’s Eve in the Morocco desert

If the city of Marrakech has all the assets to seduce travelers during the Christmas and New Year’s Eve, other places in Morocco, as its desert offers you the chance to live an original and original experience.

The New Year’s Eve in the Sahara is a special moment.

Just like the New Year’s Eve with the fireworks in Rome, be on the Brooklyn Bridge at midnight, or on a beach in Phuket …

The New year in the Moroccan desert is a festive moment under the stars with a delicious meal, Saharawi musicians and rhythmic music to transport you until the early morning!

It is also the last sunset on the golden dunes of the Sahara, a camel ride, the party around the fire, a night in a traditional nomad tent. Pretty original, right?

Original certainly but not only! The New Year’s Eve in the Moroccan desert is also the meeting with the nomads and their culture, their way of life. It is a festive trip, original and authentic.

You can spend New Year’s Eve in many places in the desert. You can choose to spend the New Year’s Eve in a M’hamid nomadic desert camp, in a Merzouga camp and why not in a Erg Chigaga luxury camp, in the biggest dunes of the Moroccan Sahara.

The three destinations in the Sahara desert are accessible by public transport, or taxi from the big cities. A private transfer can also be arranged. Everywhere, you will have the opportunity to choose to spend the New Year in classic Morocco desert camp or luxury Sahara nomadic camp.

If you need advice, we are here to help you in your choice!