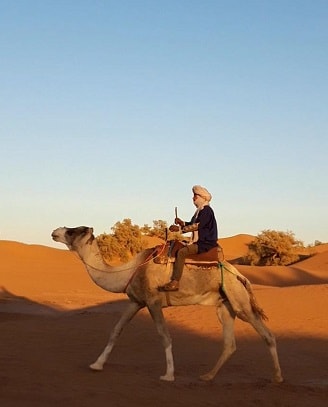 The Sahrawi nomads of Morocco

Let’s travel through culture, here is what we offer you in this article on the nomads of the Moroccan desert, this mysterious people who continue to inhabit the Sahara today. The Sahrawi nomads of Morocco are Bedouins, therefore Arab nomads who for some have settled down. The “Tuaregs” are also the inhabitants of the Sahara. This designation is used for the inhabitants of the desert in Mali, Niger, Sudan. The Tuaregs (Mali) were originally called the “Tamasheq” people, “the veiled people” or “the free men”. The Tuaregs and the Sahrawi nomads are also called “blue men” in reference to their indigo-colored clothing.

The Sahrawi nomads in Morocco, who they are?

The Sahara is the largest hot desert given its extent. The Sahara is located on the territory of 10 states on the African continent: Morocco, Algeria, Tunisia, Libya, Egypt, Mauritania, Mali, Chad, Sudan, Niger. The Tuareg and nomadic population in the Sahara is estimated at around 4 million people.

In Morocco, the Sahrawi nomads once controlled the caravan trade between Morocco and Niger. In recent decades, more and more nomads have settled in oases, where they do some agricultural work. These nomads are installed on the edge of the desert (for example as in the village of M’hamid El Ghizlane).

Where do the Sahrawi nomads live?

In Morocco, the Sahrawi nomads live in the South of the country.

In Morocco, the Sahrawi nomads speak hassanya. This dialect also called “hassani” is spoken in southern Morocco, in Western Sahara, in Mauritania, in the north of Mali, in a part of Senegal. The culture of Sahrawi nomads is characterized by solidarity, family spirit and hospitality. Nomads lead a life in simplicity.

The nomads like to get together and to have tea together. Preparing and serving tea is a very special ritual for nomads. Tea is served and drunk regularly throughout the day.

In the evening, around the fire, while waiting for the meal to cook on the embers, they are singing and playing with different musical instruments. All the men gathered participate.

Sahrawi women weave wool and take care of the house and children. They often get together to spend time together drinking traditional tea. Sahrawi women wear “Malhfa”, a colorful traditional dress with different patterns. The Malhfa is a long fabric with which nomadic women can skillfully make a coat that covers them from head to toe. This dress also allows women to keep half of their face covered. Sahrawi women use kohl for the eyes and henna applied to the hands.

Men, meanwhile, wear the traditional gandoura and a turban.

The traditional turban allows them to protect themselves from the sun and the sand.

The southern cross, or the cross of Agadez or Iferwan, is the symbol of virility and traditional nomadism. It was once worn exclusively by men and passed from father to son at puberty. There are different southern crosses, each associated with a nomadic village or tribe. The cross represents the pommel of the camel saddle or the four cardinal directions.

The transmission of the jewel is done in the tradition where the father evokes to his son the eternal sentence “My son, I give you the four directions of the world, because we do not know where you will die“.

The Sahrawi nomads believe in the talismans that protect them. Often, men wear rings or bracelets as talismans.

The Sahrawi nomads, their culture and traditions, their way of life, their adaptation to the arid conditions of the desert, will again and again captivate the minds of thousands of curious and adventurous people, thirsty for exoticism and mystery. 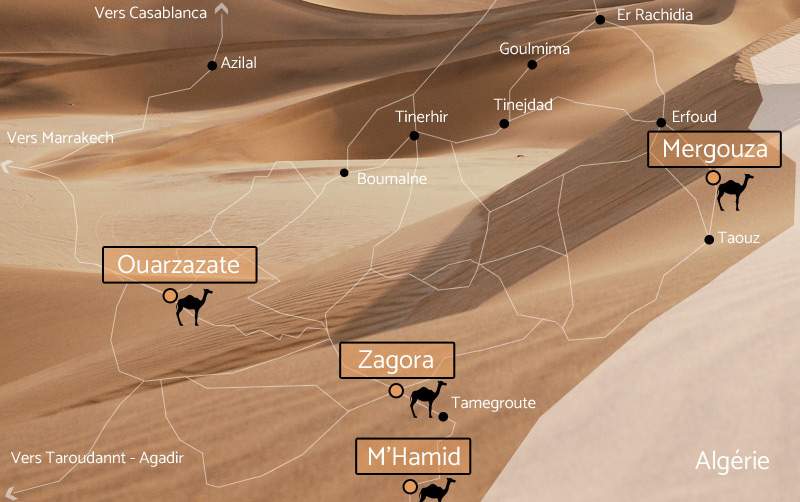